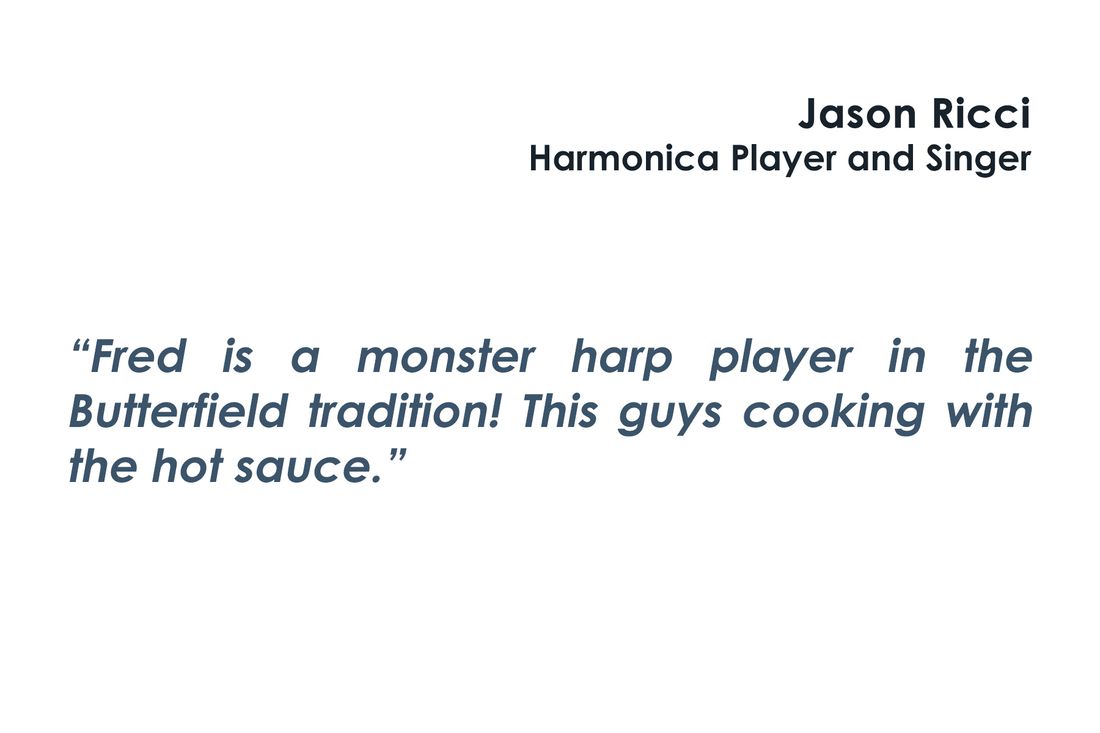 Born and raised in Battle Creek Fred has been playing harmonica since 1973.  He has sat in with a lot of folks, great and small and have no preference.  "It is all about making good music," Fred says and in the 70s he wanted to learn how to play like Paul Butterfield.  Fred performed with a lot of high school basement bands and once he graduated High School he hit the bar scene sitting in with a lot of Country Rock bands.  In the 80's he joined the Blue Rhythm Diplomats and played a lot of blues in and around Battle Creek.  They stopped performing on a regular basis by the 90s and since then he's done a lot of casual music, participated on a few recording projects and hit thousands of Open Mic nights.  Fred's traveled a bit and he likes to find musicians to sit in with wherever he goes.  Today Fred is also a member of Blue Lines, he still frequents open mic nights and has attended Jammin at Hippie Jacks for the last couple years where he has sat in with a host of professionals including the Flea Market Hustlers and Free The Honey.

"I want to make good music for all and see how far that appeal goes." FC